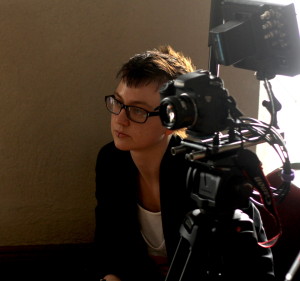 Director and Producer, blair dorosh-walther identifies as gender non-conforming and uses pronouns he/she/they equally, is a social issue documentary director, and artist with a passion for inspiring action for social justice through media. A recent Guggenheim Fellow, blair graduated with a BFA in Film from NYU and was awarded the Adam Balsano Award for social significance in documentary filmmaking and nominated for the DGA Student Film Awards. Out in the Night had its international premiere at the Los Angeles Film Festival June 2014 and has since been in over 100 film festivals. It has was awarded the Joyce Warshow Fund from Astraea Lesbian Foundation for Justice, a Special Jury Prize for Courage in Storytelling and Best Documentary – Audience Award from ImageOut Rochester, the Jury Award and Audience Award at the Seattle Lesbian and Gay Film Festival, Favorite Documentary at ReelQ Pittsburgh International LGBT Film Festival, the Jury Award at the ARC Queer People of Color Film Festival, the Audience Award for Documentary Feature at the New Orleans Film Festival, the Audience Award and Jury Award for Best Documentary at Image- Nation Montreal LGBT Festival and the Audience Award from the Baltimore International Black Film Festival as well the 2016 Telly Award.  Out in the Night partnered with the United Nations’ Free and Equal Campaign to decriminalize homosexuality worldwide. Out in the Night is his first feature documentary and kicked off the 2015-2016 season of POV on PBS with a simultaneous broadcast on the Logo Network.

blair has supported hir artistic career by working in direct care with adults living with developmental disabilities, mental illness, addiction issues, homelessness and HIV/AIDS for the past 12 years, and is a board member of Access: Supports for the Living. Currently, blair is producing the personal documentary, After Sherman by director jon-sesrie goff. 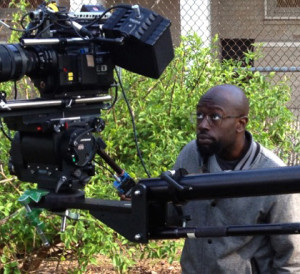 Director of Photography, Daniel Patterson has been the director of photography on over two hundred projects, including work for Spike Lee, Oprah Winfrey, Spike DDB and The American Cancer Society. Daniel recently wrapped production on the second season of She’s Gotta Have It, Spike Lee’s Netflix series, as the Director of Photography. Other projects include Lee’s Da Sweet Blood of Jesus, Gunhill Road that premiered at Sundance in 2011, and Shaka King’s Newleyweeds, which premiered in 2013. His documentary work includes Evolution of a Criminal by Darius Clark Monroe, which premiered at SXSW and won the Grand Jury Prize at Full Frame in 2015 and received the Spike Lee Production Fellowship Award. Other documentaries shot by Daniel include Generation Crack and 25 to Life (Sundance and Ford Foundation Fellow). Daniel is a graduate of NYU’s MFA program and he and blair met and began working together at NYU. 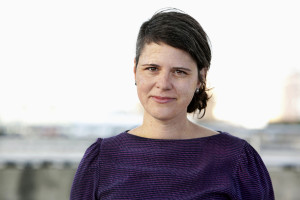 Producer Giovanna Chesler works in documentary and narrative films that address the body, sexuality, and gender. Her feature documentary Period: The End Of Menstruation (Cinema Guild) facilitated an international discussion on pharmaceuticals and health when it was covered on the front page of The New York Times in 2007. Her award winning short documentaries and fiction films have screened at over 100 juried film festivals worldwide. She has won awards from the Chicago International Film Festival and the University Film and Video Association. Giovanna is the Director of the Film and Video Studies Program and Associate Professor of Communication at George Mason University. She teaches courses in documentary, visual communication, and transmedia for social change. She is in development on a feature dark comedy about a coffee addict navigating memory loss and a tragic past entitled Java and directs films for gender justice organizations. 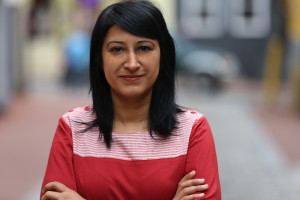 Producer Mridu Chandra is a producer and writer based in New York who produces award-winning documentaries and narrative films that have premiered at Sundance, SXSW, aired on PBS, screened for members of US Congress, and showcased at Museums and film festivals worldwide. Documentary credits include producing The Canal Street Madam, Brother Outsider: The Life of Bayard Rustin and Electoral Dysfunction. She taught graduate level documentary courses at The New School and at New York University. As a writer, her first screenplay The Tennis Partner was selected for the 2011 Tribeca Film Institute’s All Access development program. She has been invited to develop her craft at residencies at the Blue Mountain Center in New York and at The Banff Centre in Canada. Most recently, she produced and directed Indian Summer, a short documentary about a Hindu summer camp in upstate NY and the Sundance commissioned live-music-film Himalaya Song. 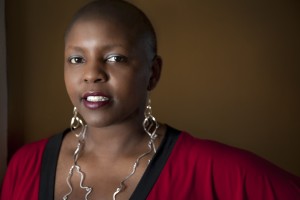 Producer Yoruba Richen is a documentary filmmaker who has directed and produced films in the United States, Africa, South America and Southeast Asia. Her recent documentary Green Book premiered on the Smithsonian channel in early 2019. Yoruba’s award-winning film The New Black appeared on Independent Lens in 2014 and premiered at the Los Angeles Film Festival last summer. Her award-winning Promised Land premiered at the Full Frame Documentary Festival and has screened at numerous festivals around the world. It received a Diverse Voices Co-Producer fund award from the Corporation for Public Broadcasting and won the Fledgling Fund Award for Social Issue Documentary. Yourba has produced for the investigative unit of ABC News and Democracy Now. In 2012, Yoruba won the Tribeca All Access Creative Promise Award and became a Guggenheim fellow. She is a graduate of Brown University and teaches documentary at CUNY’s Graduate School of Journalism.

Executive Producer, Abigail E. Disney is a filmmaker, philanthropist and activist. She has pursued a wide array of activities in support of peace and non-violence particularly by advocating for the advancement of women’s roles in the public sphere. Her longtime passion for women’s issues and peace building led her to producing films. She has executive produced films that address various social issues, including Family Affair, Playground, Sun Come Up (Academy Award® Nominee 2011, Best Documentary Short), Return, Invisible War (Academy Award® Nominee 2012, Best Documentary Feature), Open Heart (Academy Award® Nominee 2012, Best Documentary Short). Her first film, a feature-length documentary called Pray the Devil Back to Hell tells the inspirational story of the women of Liberia and their efforts to bring peace to their broken nation after decades of destructive civil war. After winning best documentary at the Tribeca Film Festival Pray the Devil Back to Hell went on to wide acclaim. Viewed across the US at community screenings, in theaters and on public television, it went on to screen in 60 countries around the world, and is broadly credited with helping its lead figure, Leymah Gbowee be named a Nobel Peace Prize winner in 2012. Abigail went on to produce the five-part special series for PBS, Women, War and Peace, which aired in 2011. This series was a first-of-its-kind look at the role of women in war in the modern age, not just at victims of conflict but as active agents for peace in their communities.

Animation, APPARAT Film is an animation production company based in Stockholm, Sweden that produces film, animation and design for any platform. Documentary film work by the creative group includes the 2012 Academy Award® Winning documentary feature, Searching for Sugarman.

Editor, Kristen Huntley is an Emmy® award-winning editor of documentaries. Her most recent project, Addiction Incorporated, is now in theaters nationwide. Recent projects include an episode of the five-part PBS series Women, War and Peace focusing on Columbia, titled The War We Are Living. Her editing is featured in the Sundance Grand Jury Prize nominated New School Order and the Emmy winning documentaries Ladies First, TV Nation (series) and Stories of the Pulitzer Prize Photographs. Huntley’s work on Judy Garland: By Myself (American Masters) won the Emmy® for Outstanding Picture Editing for Nonfiction. As an editor, she has worked with directors and producers such as Stephen Colbert, Michael Moore, Gini Reticker, Martin Scorsese, Amy Sedaris and Louis Theroux. Her work as an artist includes sculpture and film installations. She is a graduate of The School of Visual Arts and Hunter College MFA program.

Composer, Mario Grigorov’s most recognizable film work comes from his long-standing collaboration with director Lee Daniels, scoring Shadowboxer, Tennessee, the Academy Award-winning Precious and The Paperboy. The Hollywood Reporter’s Cannes review of The Paperboy noted that “the soundtrack, mixed with Mario Grigorov’s original score and potpourri of period tunes, is a small feast.” Mario’s documentary credits include the festival favorite Third Wave: A Volunteer Story presented by Sean Penn, the Anna Halpern biographical film Breath Made Visible by filmmaker Ruedi Gerber, and the war documentary Taxi to the Darkside by Alex Gibney, which won a 2008 Academy Award®. An accomplished concert pianist and improviser, Mario studied performance and composition at the Vienna Conservatorium and electronic music at the New South Wales Conservatorium in Sydney, Australia. Born in Sofia, Bulgaria to a concert trumpeter father and concert pianist mother, Mario was exposed to multiple cultures and musical styles due to his family’s relocation to Iran and then East Germany.